The Difference Between Water Filtration, Purification, and a Jugful of Other Confusing Terms 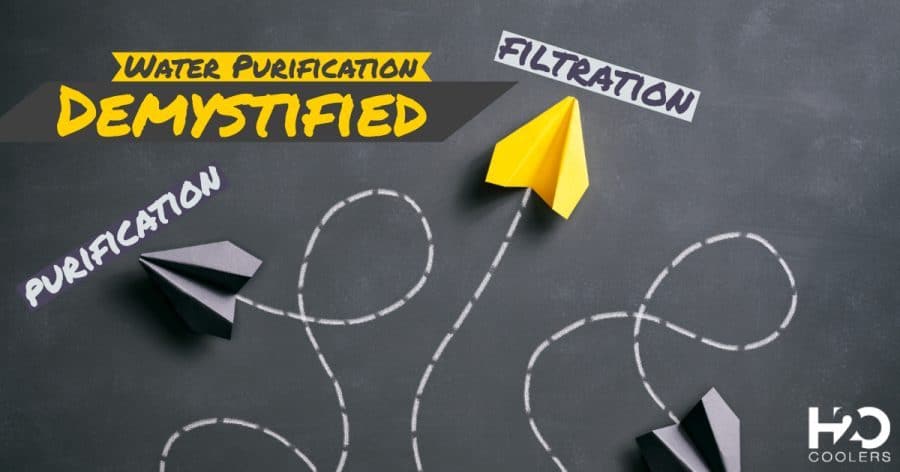 Everything You Need To Know About Water Treatment Methods

Your Water Is Not the Only Thing That Needs Clarifying

Assuming we’ve already convinced you of the need to filter your tap water, trying to figure out which filtering option is best for you can prove a daunting task. There are hundreds of different water filtration devices out there, and each of them works differently to target specific contaminants. Many factors go into choosing the right filter: your location, your budget, and, of course, the tap which you’ll be sourcing from. But before determining which filtration device is right for you, you’re going to need to learn the lingo. We’ve put together a list explaining the industry’s A to Zs so that you can make your own well-informed decisions.

Water filtration systems generally fall under one of two categories: point-of-entry or point-of-use. POE filters (those odd mechanisms underneath the sink that perhaps you’ve always wondered about) connect to a tap source to treat all of the water used in a single home or building. As a cheaper, more easily maintained alternative, POU systems treat the water coming directly from the tap to which they are connected. You can buy or lease a countertop POU system like our Voyager model, or a standalone filtration system like the Pilot. Whichever mechanism you choose, these filtration systems generally prove safer and more cost-effective than drinking tap or bottled water.

The Difference Between Water Filtration & Purification

While the terms are often used interchangeably, water filtration and purification are distinct processes, each using different forms of technology to make water drinkable.

There are many different types of water filtration and purification that are used in the industry to clear your water of contaminants. We’ve gathered some of the most common processes so that you can understand the magic behind your machine.

There are two types of sediment filters:

Similar to sediment filtration, membrane filters simply sieve the contaminants out your water using ultra-fine, microporous mesh membranes. Different types of membrane filters vary by pore size (measured in microns – µm) and by the amount of water pressure (and therefore energy) required to push the water through. These filtration systems also vary by flow rate – or the rate at which water flows out of the dispenser once it has been filtered. Because pressurized water is required to generate enough energy to push the contaminated water through the filter, some systems recycle this water back into the system while some dispense it as waste. Therefore, the ideal filtration system has a high water recovery rate which filters the water back into the system. Additionally, an ideal filter has a high flow rate so that it quickly fills your cup of choice. 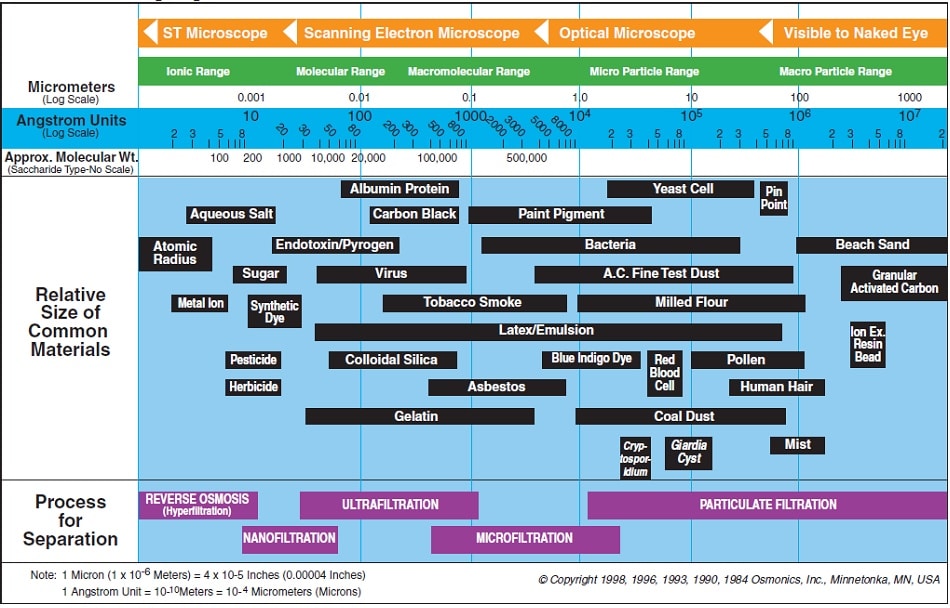 Here’s where it gets a little complicated. Carbon filters come in many different shapes, forms and sizes. They can be infused with sterilizing agents, they can operate mechanically and chemically, they can remove various different contaminants depending on their form, but the bottom line is that activated carbon is the most effective form of water purification out there. Activated carbon is a form of carbon processed to have small, low-volume pores that increase the surface area available for adsorption or chemical reactions to occur. Adsorption is a chemically reductive process that pulls the negative ions out of water using its positively charged surface. These contaminants collect at the surface of the filter and eventually require it to be replaced.

There are four main types of carbon filtration:

There are two types of ion exchange, softening and deionization.

If you’re still with us, hopefully we’ve demystified some of the most important terms and processes behind water purification treatments. Most purification systems involve multiple processes organized in a specific, harmonious order in order to create the most delicious water possible. Click here to learn more about H2O’s purification process, or sign up for our 7 day free trial to try it for yourself.

New York and Jersey’s top companies trust us to protect their employees by firewalling their water. Experience why we are the highest rated water service provider in the tri-state area at no charge.

©2022 Aqua Coolers. All rights reserved. Based in Brooklyn, NY.